The “Akademie Schwerin“ is active in political education and promotion of democracy since over 25 years. Almost 40.000 interested people have participated at our educational studies, seminars or conferences. Furthermore a lot of citizens get involved in project work within the federal state-wide biggest alliance for democracy and tolerance “WIR. Erfolg braucht Vielfalt“ or the public newspaper “Die AUFmacher“ since many years. The following lines will give you an overview of our work, our aims and opportunities. Therefore this website is an invitation for you to get in touch with us. We are looking forward to your visit as a partner, customer or guest. Welcome to the “Akademie Schwerin“!

What we do: the academy as educational provider

The offer of the “Akademie Schwerin“ includes a broad range of topics of political and contemporary history education. It ranges from one or multiple-day seminars at our conference center over study tours in Germany and abroad to evening events, symposia and conferences. All of this is mostly realized by our freelance lecturers. About a dozen employees work for the academy and cover the thematic spectrum of our offerings. All of them are acknowledged experts in their respective fields and put a high value on audience-oriented methodology and didactics.

Our offerings should not only develop one’s knowledge – political education can be fun!

We are particularly proud if partners and customers come back to us gladly. For many years we work closely and trusting with the Federal Armed Forces and the state police, with schools and administrations, with associations or partners in the economy. The discussed thematic spectrum is diversified and oriented on current news and the needs and interests of our participants.

Behind the listed classical façade of the former bakery and steam mill Linow you can find the “Hotel am Schloss“. Since the late 1990s it is a constant and reliable partner of the academy. Several participants are guests there. The hotel offers 25 modern and comfortable rooms, a cozy lobby, parking lots for a fee, free wi-fi and delicious food with fresh and regional products.

Our journey – since over 25 years

The first consideration of Dr. Wolfgang Donner and Uwe Moeller – former head of “Haus Rissen Hamburg“ – to found an education forum in Mecklenburg-Western Pomerania. The roots of the academy are situated on both sides of the inner-German border.

Establishment of “Haus Rissen – Buero Schwerin“ in January what later would become the academy; first conferences, colloquia and study trips

Establishment of the “Akademie für Politik, Wirtschaft und Kultur in Mecklenburg-Vorpommern“ (academy for politics, economy and culture in Mecklenburg-Western-Pomerania); the beginning of seminars at “Haus Boltenhagen“ in September. Dr. Wolfgang Donner is the first head of the academy and Uwe Moeller is first chairman.

The academy becomes a state-approved institution of further training, it is followed by an acknowledgement as supported carrier by the Federal Agency for Civic Education and accession to the Group for German Training Institutions.

Participation in the project “Geschichte, Musik, Erinnerung“ (history, music, memories) under the patronage of the Federal President – until today the academy is involved in various formats and activities around the “Verfemte Musik“ (ostracized music) project as an organizer of international symposia.

Dr. Wolfgang Donner retires. He is followed by Markus Birzer and from 2007 by Joachim Bussiek.

The academy becomes carrier of the project office of the federal state-wide alliance for democracy and tolerance “WIR. Erfolg braucht Vielfalt“.

The academy as editor of the public newspaper “Die AUFmacher“ – meanwhile in five cities with a circulation of 25.000 copies represented in two regional editions

2018 – the academy celebrates its 25th anniversary

The academy celebrates its 25th anniversary in the “Schleswig-Holstein Haus“. The center of attention is the development of democracy in East Germany and the role of political education with a presentation by the president of the Federal Agency for Civic Education. 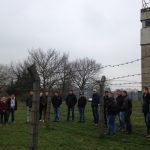 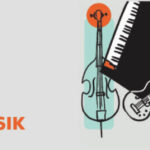